By Lucy Smith on 13th February 2017 in News, Resources

A new report by the Joint Council for the Welfare of Immigrants (JCWI) reveals that migrants, including asylum seekers, as well as British citizens without passports, particularly those from ethnic minorities, are being discriminated against in the private rental housing market as a result of the ‘Right to Rent’ scheme designed to crack down on irregular immigration.

The Right to Rent scheme requires landlords and agents to check the immigration status of all prospective tenants and refuse a tenancy to irregular migrants. If they fail to fully comply with the scheme they face a fine of up to £3,000 or a prison sentence of up to five years.

The report finds that the scheme has created structural incentives for landlords to discriminate unlawfully against foreigners and ethnic minorities, and does not contain adequate safeguards against, or mechanisms to monitor, discrimination. It also does not allow any form of redress for victims of discrimination.

JCWI is calling on the Government to abandon it and to immediately halt any plans for roll-out. For further information please visit the JCWI website or to access the report you can also visit our Resources page.

If you are a NACCOM Member, you can access Sue Lukes’ briefing on Right to Rent and the impact on different accommodation schemes within the network via our Members Library. Log in here.

NACCOM @NACCOMnetwork
8 hours ago
Great to welcome so many members and supporters to our Annual Survey launch and AGM this year - our first one online! 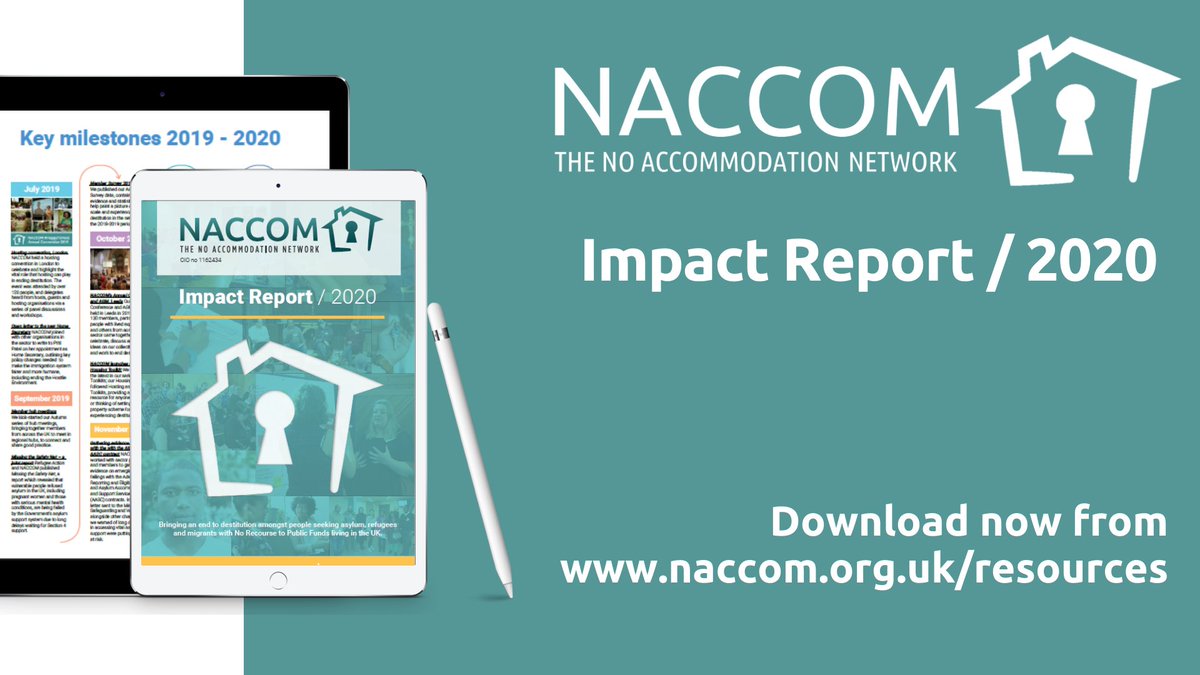 NACCOM @NACCOMnetwork
11 hours ago
A fantastic opportunity to be the new Director of @4refugeewomen and develop the inspirational work of @Natasha_Walter and team - wishing everyone well in the next steps of your journey. Looking forward to more partnership work to #EndDestitution. https://t.co/boTzDLr4Dn
View on Twitter
1
1
Translate »